Climate is a synthetic representation of climatic variables characterizing a given region. It is defined by the average values, generally over 30 years, and the dispersion around the average of the climatic variables (temperature, rainfall, wind, sunshine ...) and particular phenomena such than fog, thunderstorms, hail.

Globally, metropolitan France enjoys a so-called temperate climate. It experiences rainfall distributed throughout the year and relatively mild temperatures. These characteristics are due to the average latitude and the dominance of winds from the Atlantic.

However, the regions experience climates varying according to their latitude, their altitude and the proximity or not of the sea, reinforced by their position in relation to the three important mountain ranges (Pyrenees, Massif Central, Alps). 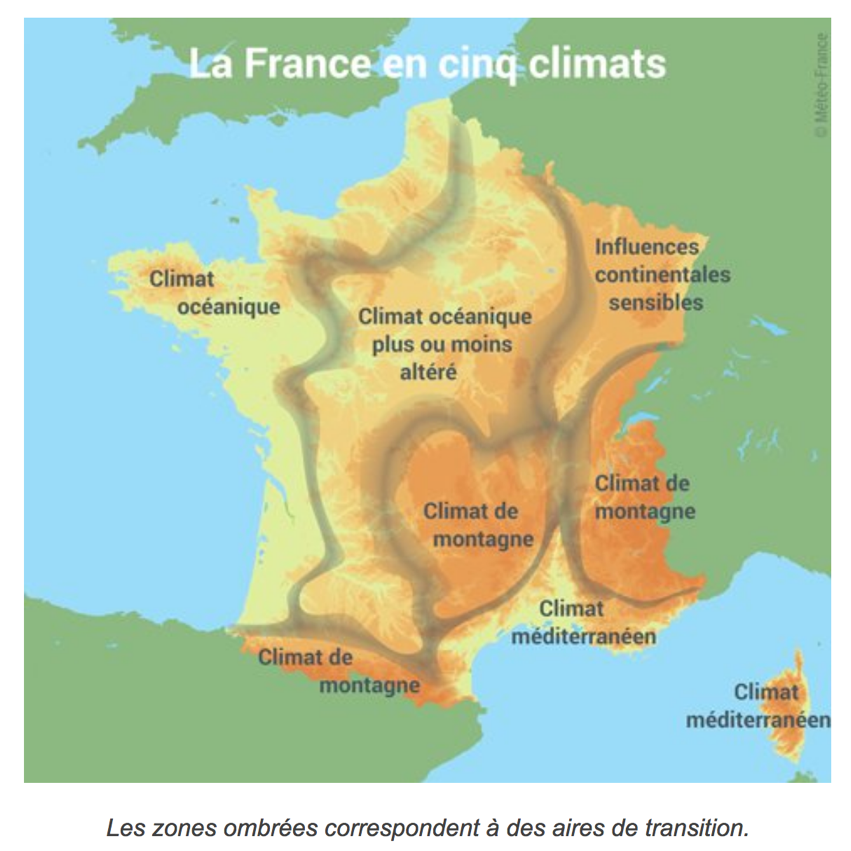 By definition, climatology is concerned with the average values of meteorological parameters, their dispersion around this average, the extreme values and their duration of return. It therefore uses the vocabulary of statistics: