In mainland France, the effects of climate change are mainly reflected in the rise in average temperatures. From 1900 to the present, warming reached around 1.4 ° C, a value higher than that observed on average worldwide, estimated at + 0.9 ° C over the period 1901-2012 ( source IPCC 2013).

Warming is comparable from one French region to another but its rhythm is not regular. In particular, it has experienced acceleration since the 1980s. Over the period 1959-2009, we observe a trend of + 0.3 ° C per decade on an annual average, with an even more marked increase in spring and summer (source Météo France). 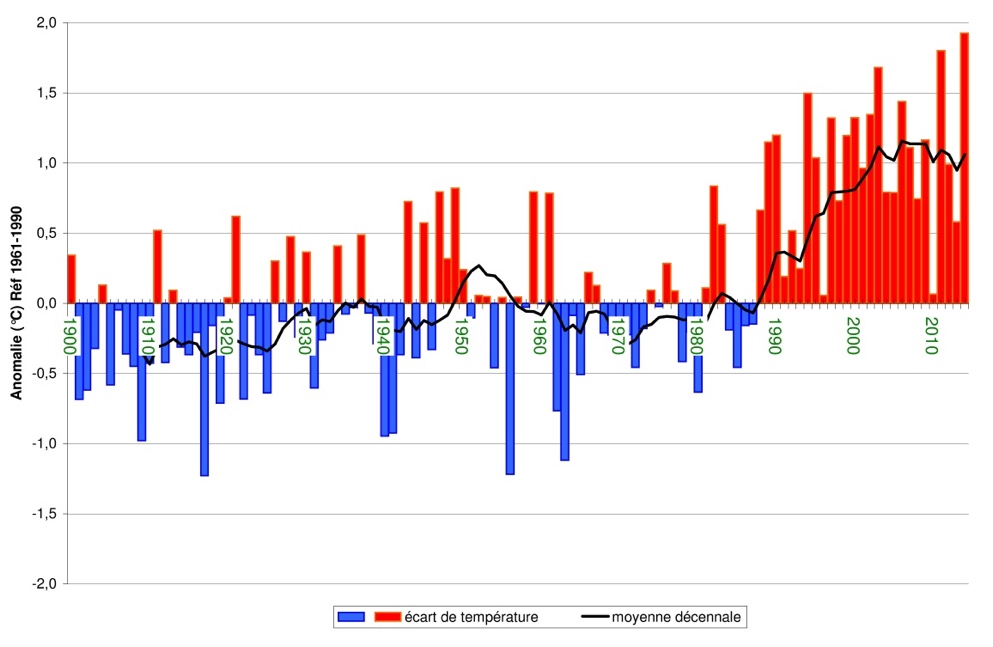 The evolution of cumulative precipitation differs according to regions and seasons. Over the period 1959-2009, there is generally an increase in annual precipitation in the northern half and a decrease in the southern half. In spring and autumn, cumulative amounts are increasing over most of the metropolitan territory. In winter and summer, the evolution of precipitation is more contrasted from one region to another. We observe in particular a decrease in accumulations in the southern regions. However, with the exception of a few regions in eastern France or near the Mediterranean, the trends in precipitation are often not very marked and may vary depending on the period of study covered by the analysis. 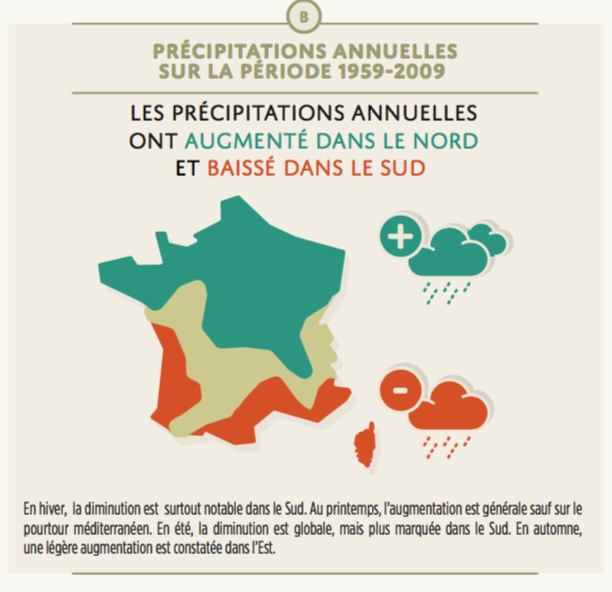 Since the mid-twentieth century, we have also observed changes in the frequency and intensity of extreme events: the number of hot days (maximum temperatures above 25 ° C) increases, while the number of days gel decreases. The heat waves became more frequent and more intense. There is also an intensification of extreme rains in the French Mediterranean regions. On the other hand, no marked trend emerges on the evolution of storms. 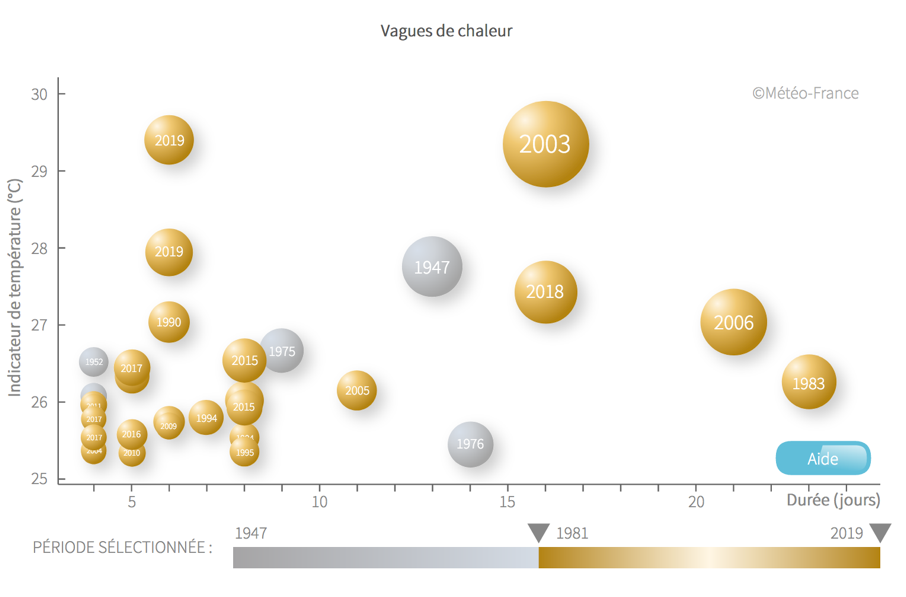 The heat wave observed from August 2 to 17, 2003 is by far the most severe occurring in France. It was also during this episode and during the heat wave of July 21 to 26, 2019 that the hottest days were observed since 1947. 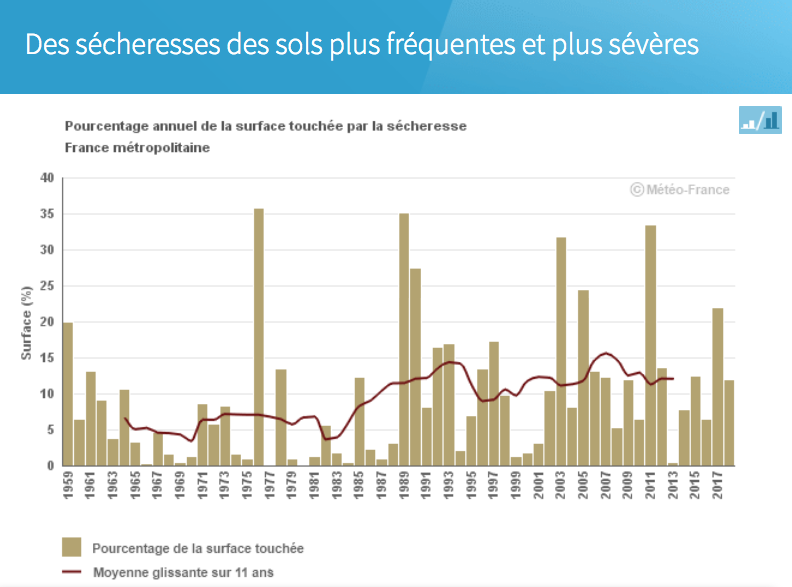 Analysis of the annual percentage of the area affected by soil drought since 1959 makes it possible to identify the years having experienced the most severe events such as 1976, 1989, 2003 and 2011 (Climat HD).

The evolution of the ten-year average shows the increase in the surface of droughts passing from values of the order of 5% in the 1960s to more than 10% nowadays.

The changes described above have impacts on the evolution of the water cycle. In particular, the duration of the snow cover period in the middle mountains decreases and the evaporation of the soil increases, inducing more frequent and more intense droughts.

You can view the observed changes in the climate in your region using Météo France's Climat HD tool: http://www.meteofrance.fr/climat-passe-et-futur/climathd