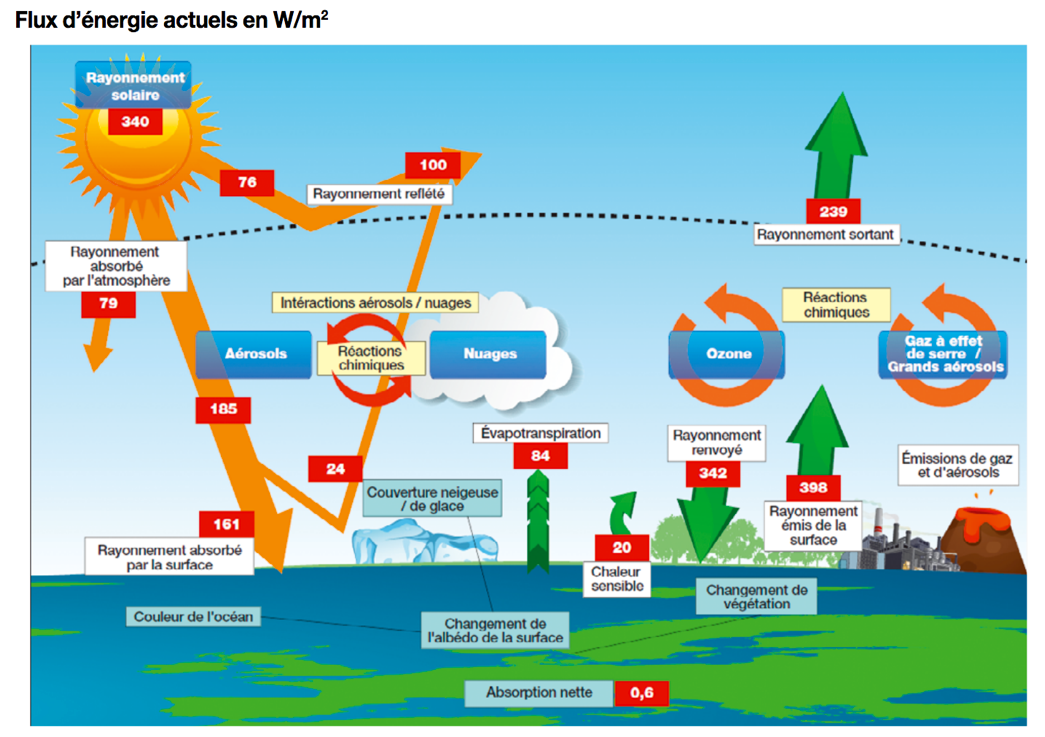 Figure: The natural greenhouse effect and its disturbance by human activities

The solar rays provide energy to the Earth. A part is directly or indirectly reflected towards space, while the majority is absorbed by the atmosphere or the surface of the globe. The relatively lenient temperature on the Earth's surface is due to the presence of GHG which returns most of the surface radiation to the ground. Source: Ipcc, 1st working group, 2013

Greenhouse gases (GHGs), present in small quantities in our atmosphere, form a "barrier" around the Earth, which retains the heat of the sun.

The natural greenhouse effect thus allows our planet to have an average temperature of + 15 ° C on its surface. Without this greenhouse effect, it would be -18 ° C on Earth, and all life would be impossible. This natural phenomenon is based on a fragile balance due to the complex interactions between the different elements of the climate system. Small variations in the concentration of GHGs can cause large changes in the global average temperature.

Increasing the atmospheric concentration of GHGs from anthropogenic (human) emissions increases the return of energy to the ground, causing an imbalance in the system and causing the Earth's temperature to rise. The change with respect to a reference year of the radiation induced by an element is called radiative forcing. A positive radiative forcing indicates a positive contribution to global warming. The overall radiative forcing of anthropogenic origin amounted to + 2.55 (± 1.1) W / m² in 2013 compared to 1750 (pre-industrial period).

Excluding water vapor, GHGs occupy less than 0.1% of the atmospheric volume. Water vapor, which fluctuates between 0.4% and 4%, is the main greenhouse gas. Human activities have very little impact on fluctuations in its concentration, but have a strong impact on the concentrations of other GHGs. 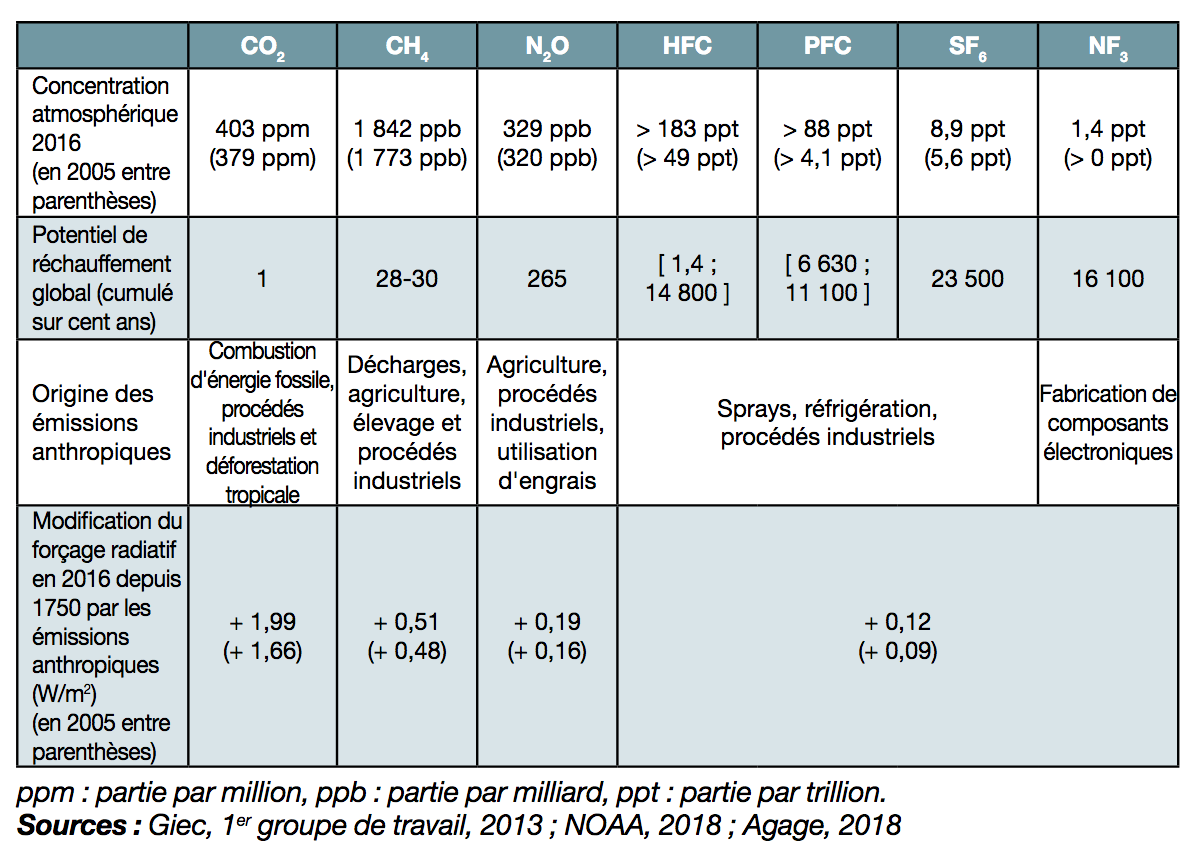 The global warming potential (GWP) is the ratio between the energy returned to the ground in 100 years by 1 kg of gas and that which 1 kg of CO2 would return. It depends on the concentrations and the lifetimes of the gases. For example, 1 kg of CH4 will warm the atmosphere as much as 28 to 30 kg of CO2 in the century following their emission. If CO2 is the gas that has the smallest global warming potential, it is the one that has contributed the most to global warming since 1750, due to the large quantities emitted.