The carbon dioxide contributing to global warming (CO2) comes mainly from the combustion of fossil fuels (oil, coal, gas) in transport, electricity production, industry and housing. Deforestation (especially in tropical areas) and burning of grassy areas are the second source of CO2 emissions. Finally, part of the emissions also relate to the product of calcareous firing to make lime and cement, as well as other industrial activities. 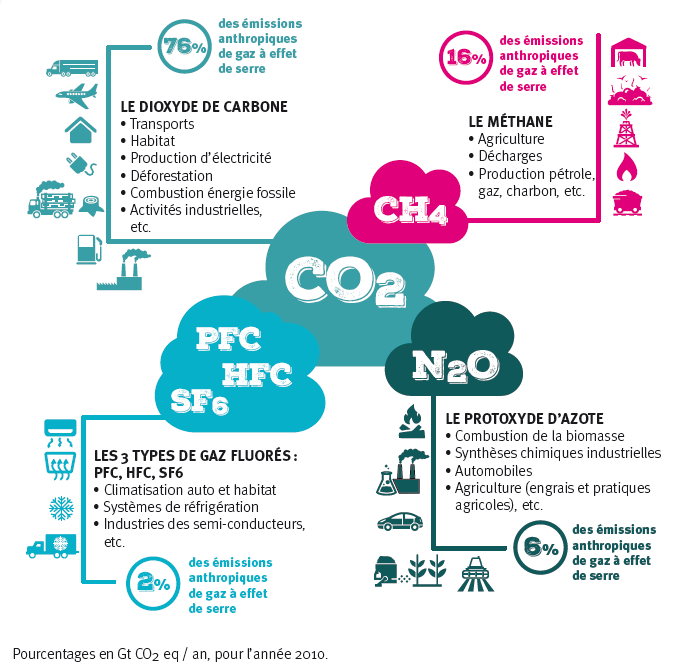 Figure: Origin and responsibility of the various GHGs (Source RAC)

Methane (CH4) comes mainly from the ruminants (cows, sheep and goats because of their special digestion and the storage of effluents), rice fields, household waste dumps and petroleum operations and gas, due to natural gas leaks.

Nitrous oxide (N2O) is mainly due to the use of agricultural nitrogen fertilizers (organic and mineral) and to certain chemical processes, such as the production of nitric acid.

Fluorinated gases are used as refrigerants (air conditioning and cold chains), fire extinguishers and in certain industrial processes and consumer goods (such as certain solvents). They are not naturally present in the atmosphere.

What about in Europe? 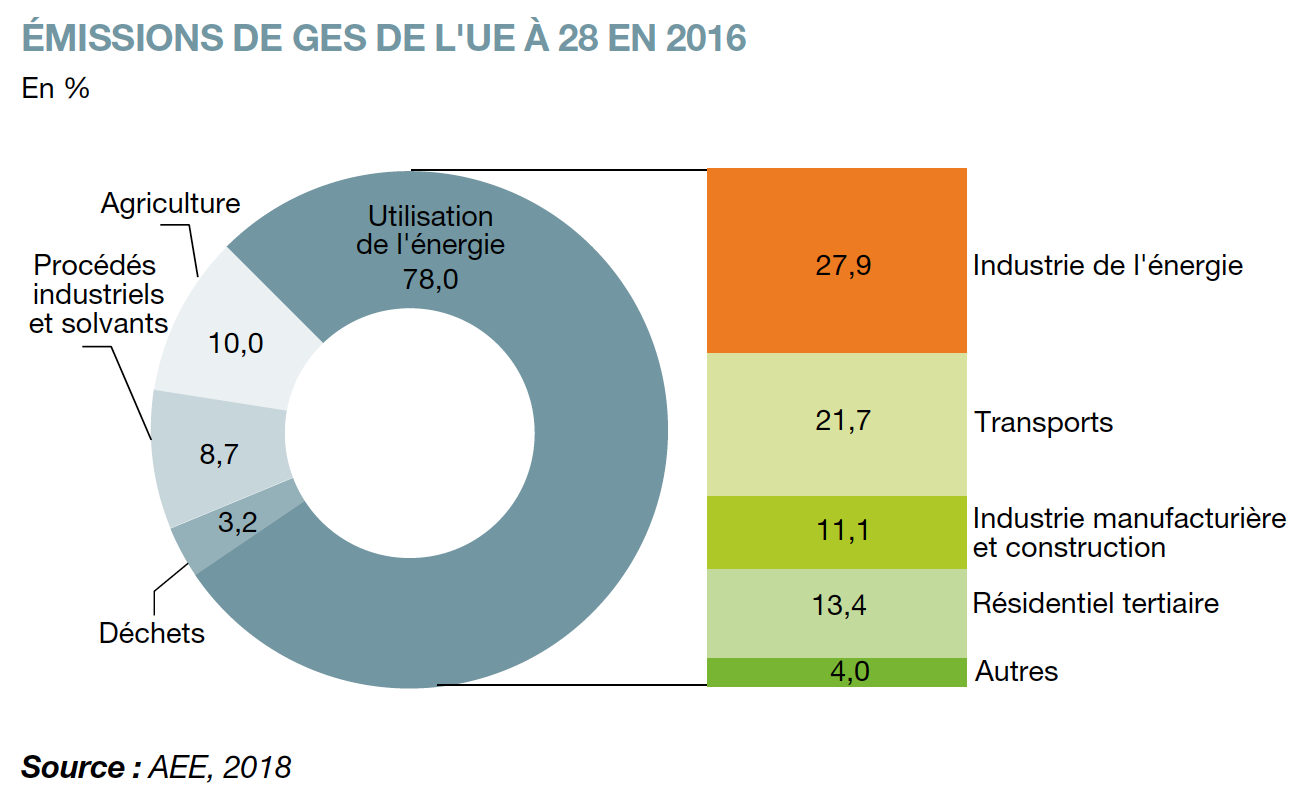 What about in France? 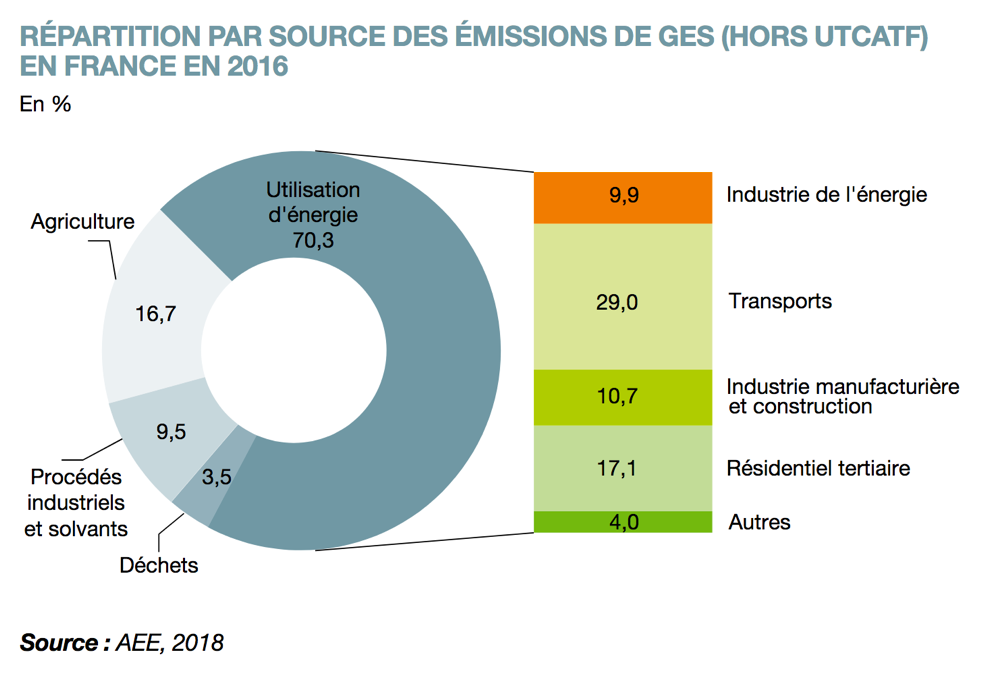 At 16.7%, the direct GHG emissions from the agricultural sector are in proportion higher than those at European level, due to the lower share of emissions linked to the use of energy in France. 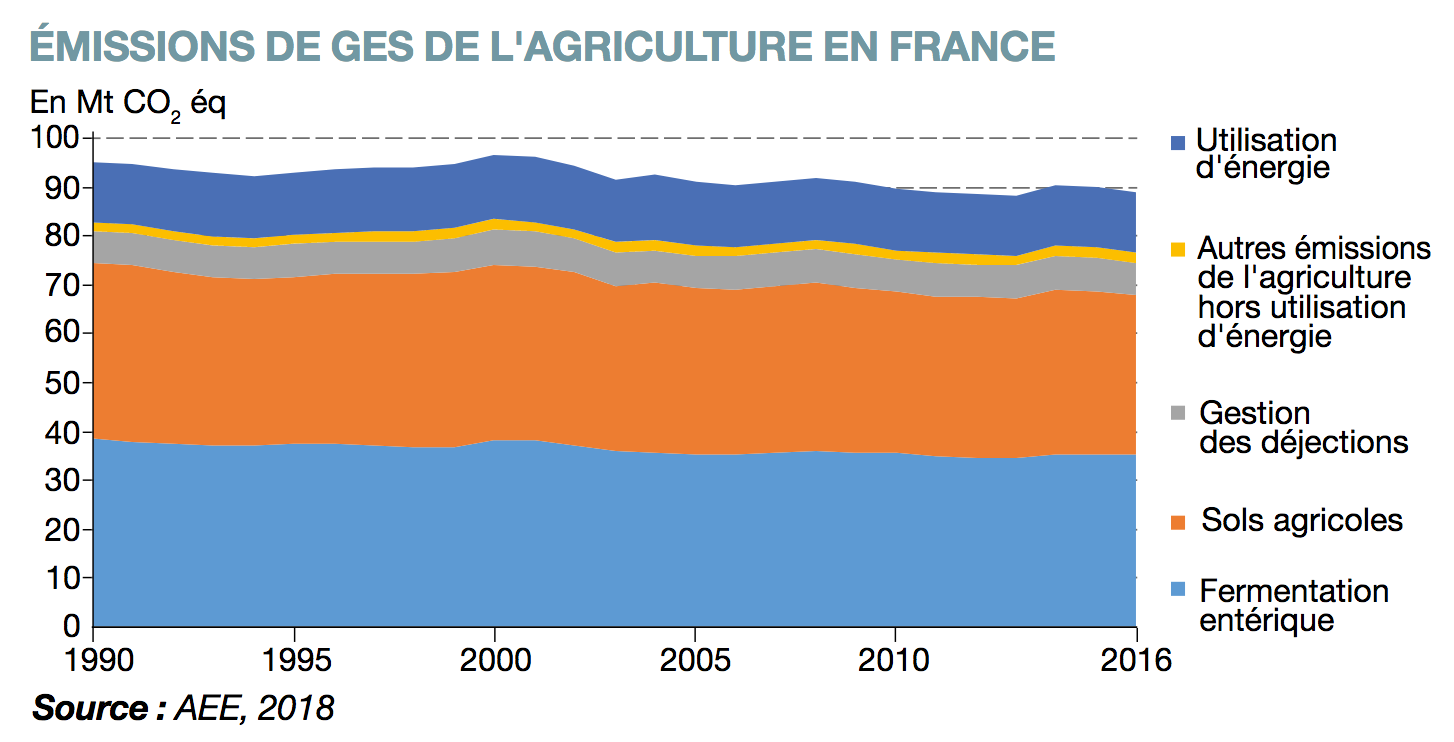 Figure: Direct GHG emissions from the agricultural sector in France