The natural carbon cycle describes the carbon exchange that takes place between the atmosphere, the Earth’s biosphere and the oceans. These exchanges occur in gaseous, liquid and solid forms. They are measured by an equivalence with CO2, in billions of tonnes of CO2 per year (Gt CO2 / year).

The carbon fluxes between these reservoirs constitute the natural carbon cycle, disrupted by emissions. 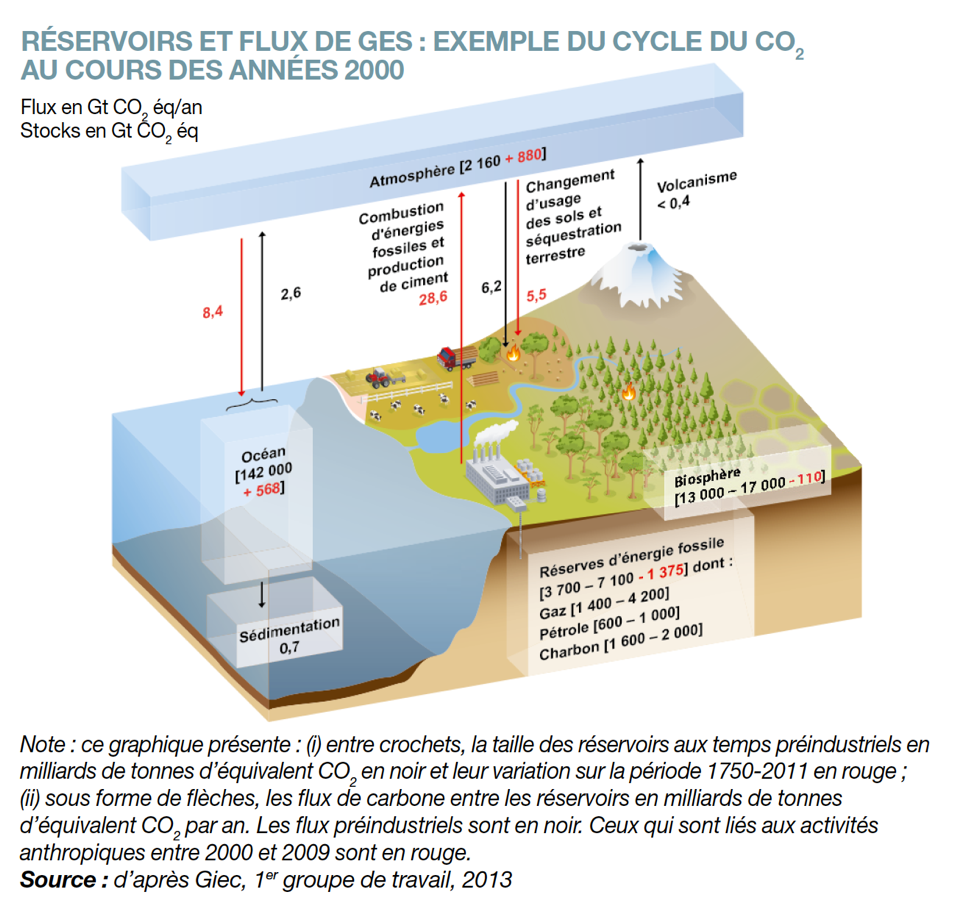 During the 2000s, out of the 32.6 billion tonnes (Gt) of CO2 released on average per year by human activities, the atmosphere absorbed 14.7, terrestrial reservoirs (biosphere and soil) 9.5 and the oceans 8.4. The atmosphere is the reservoir most affected by anthropogenic activities: the amount of carbon absorbed has increased by almost 40% compared to the pre-industrial era. 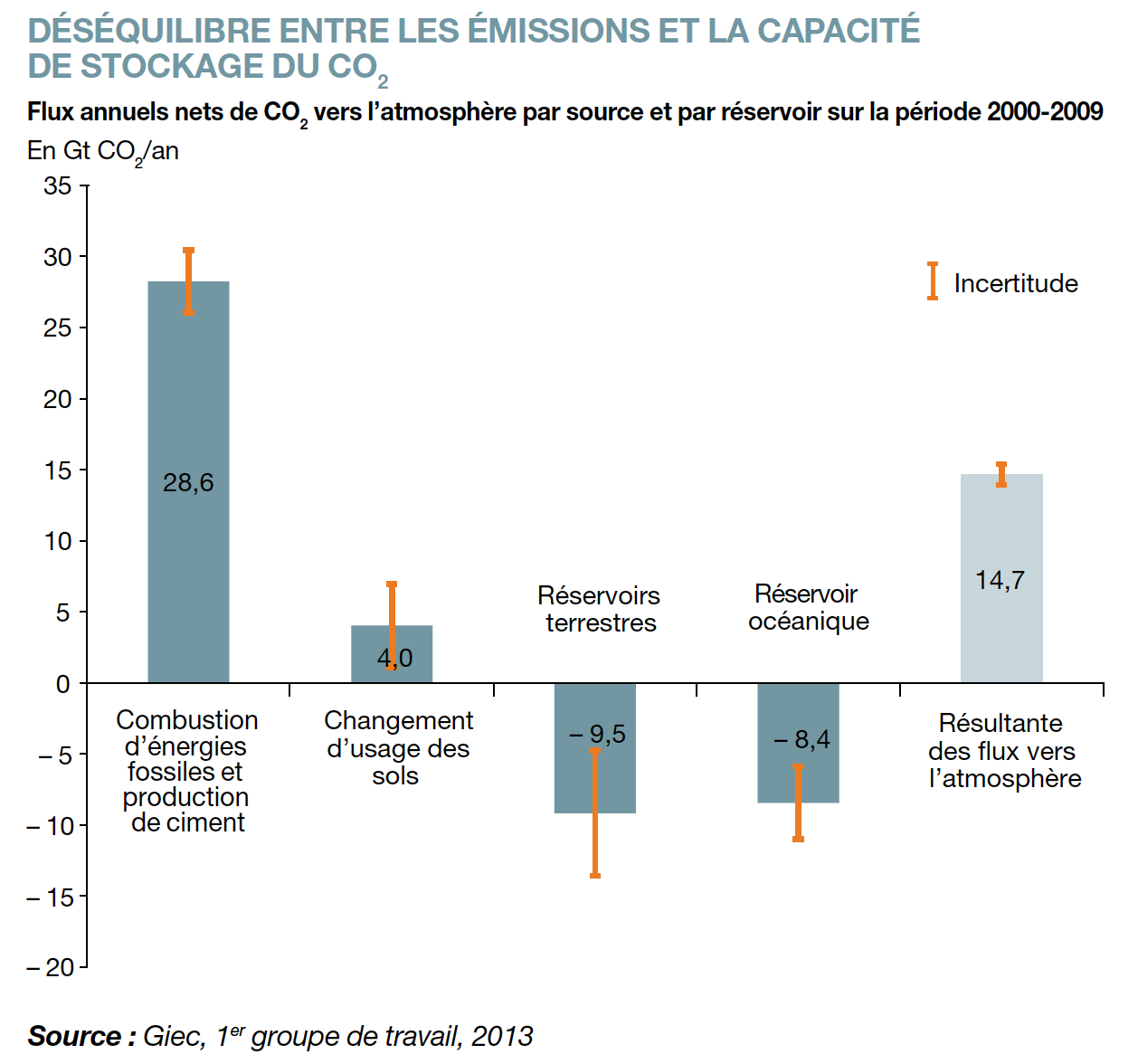 Globally, forests are net carbon sinks. The gross sink allocated to the biosphere - that is to say essentially to the forests, which concentrate 80% of above-ground biomass and 50% of terrestrial photosynthesis (Dixon et al., 1994; Beer et al., 2010) - offsets 19% of annual anthropogenic GHG emissions, or around 10 Gt CO2 equivalent - (Ipcc 2013, Canadell et al., 2007).

Deforestation leads to GHG emissions through the combustion and decomposition of organic matter. These gross emissions represent around 12% of annual anthropogenic sources of GHG worldwide (Ipcc 2013).

In France, net carbon sequestration in forest biomass is estimated at around 50 Mt CO2 eq, i.e. around 12% of national fossil carbon emissions excluding land use, land use change and forestry ( LULUCF) - (Citepa, 2017). 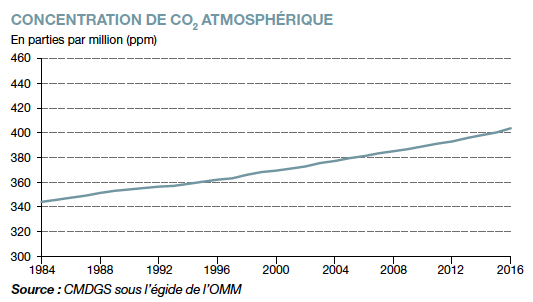 Since the development of industrial activities, terrestrial and oceanic reservoirs have absorbed half of anthropogenic emissions. The remaining emissions persist in the atmosphere, resulting in increased GHG concentrations