To represent what future climate change means, it is possible to use the method of climate analogs. This involves determining a place today with a climate comparable to that predicted at the end of the century. A study Kopf (2008) did this work for the city of Paris as well as other European capitals.

Thus, in the scenario of the Hadley Center (climate center based in England), the climate of Paris between 2070 and 2100 strongly resembles the current climate of Badajoz near Cordoba, capital of Extremadura in the southwest of Spain, characterized by hot and arid summers ”. Comparing these two cities makes it easier to imagine what an increase of 4 ° C represents in terms of modification of living conditions, in terms of adaptation of town planning, housing architecture, energy system, water management.

However, this exercise deserves to be carried out using different climate models, which was done in this study. Figure 3 below illustrates where the best analogs are placed for nine European cities. We can still see that the results of the three simulations are very contrasting: the range of possible futures for Paris is still very open, from the climate of Badajoz to that of the Baltic countries via Rome. The exercise could be multiplied by studying other emission scenarios and other models, but the message is already clear: climates will change significantly, although we cannot predict how yet. 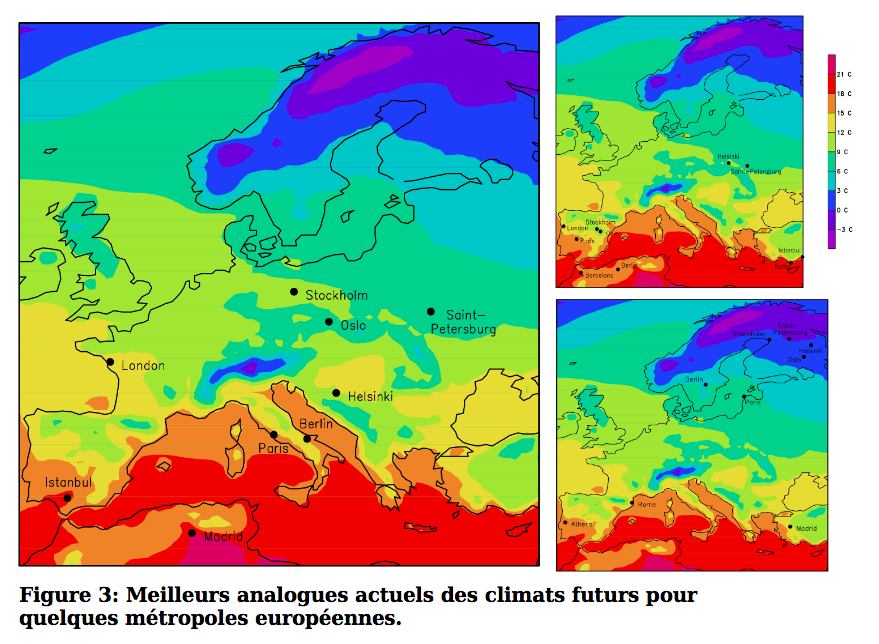 More recently, researchers from Université de Zurich (Suitzerland) studied the climate of 520 major cities around the world, using 19 variables including temperature and precipitation. They announce that major changes in weather conditions: Paris will look like Canberra (Australia) while London will experience the summer temperatures of the city of Madrid. For these estimates, scientists used deliberately optimistic models, that is, models that assume that carbon dioxide emissions will stabilize by the middle of the century, so as to limit the rise in the mean temperature of the globe at 1.4 ° C compared to the pre-industrial period. The team then compared the Paris, London, Stockholm ... of the future to current cities, with the aim of making the changes to come more tangible. The cities of the northern hemisphere will resemble in 2050, in climatic terms, those of today which are 1,000 km to the south. Those located at the equator will not experience major warming, but on the other hand, they will have more droughts and rains. 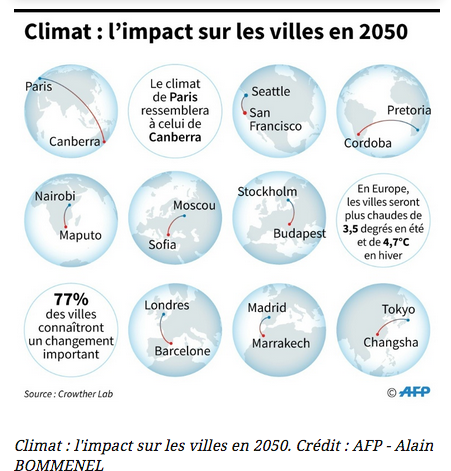