The yield cap observed on common wheat in France and in Europe has been the subject of an in-depth study to explore the main explanatory factors. The authors of the study calculated so-called phenoclimatic indicators: these are climatic indicators on specific phases of the wheat growing cycle.

We note that two phenoclimatic indicators, water deficit during the ascent and filling, and number of days with excessive temperatures during filling (scalding phenomenon), explain very well the interannual variations of yield observed in most of the regions of France.

In addition, the authors show that these indicators have known an evolution during the last years: water deficit like excessive temperatures are on the rise, in spite of an advance of the stages, which was not enough to avoid these stresses. The authors come to the conclusion of the major role of recent climate change in the observed stagnation of wheat yields in France: this observation is convergent with other studies carried out in the world, on wheat and rice. 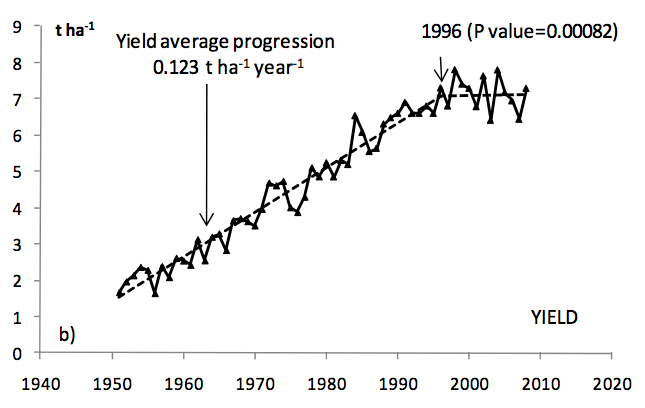 Figure: Trend in yields for common wheat in France with an inflection of stagnation in 1996 (Brisson et al, 2010)

This recent trend of stagnation in common wheat yields is also observed elsewhere in Europe, where the phenomenon began in the late 1980s. 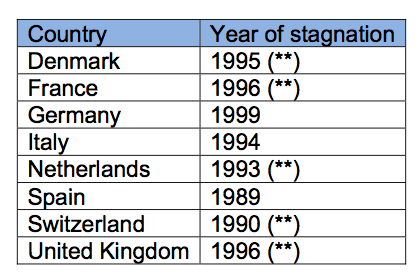 The physiology of plants is affected by abiotic stresses (drought, heat). Studies have shown that drought mainly causes the height of the plant, the number of ears and the weight of the grains to decrease. On the other hand, heat stress causes an increase in aborted stamens and a decrease in the number of grains. In reproductive tissues, dryness mainly affects the development of the pistil, while heat stress mainly affects the development of pollen (indicated in dark gray). The different individual effects of drought and heat stress affect plants simultaneously when these stresses are combined. These general effects, described for corn and wheat, could be different depending on the intensity and duration of stress and the plant species involved. 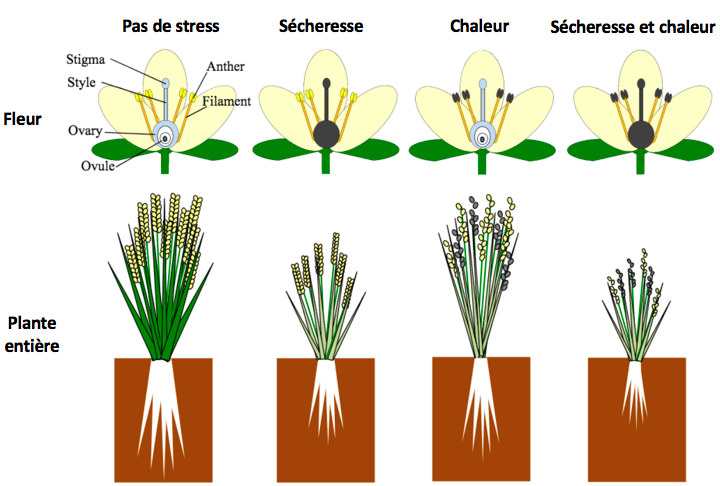 Figure: The effects of drought, heat stress and their combination on the growth and development of corn and wheat (Sources: Suzuki et al., 2014 Abiotic and biotic stress combinations. New Phytol. 2014 Jul; 203 (1): 32-43.)

In addition, recent research has confirmed the negative correlation between climatic stresses that a plant may have to face (water stress, thermal stress) and its resistance to diseases. In other words, a plant undergoing climatic stress sees its immune system collapsed and it becomes more sensitive to all biotic stresses (diseases, pests, ...). 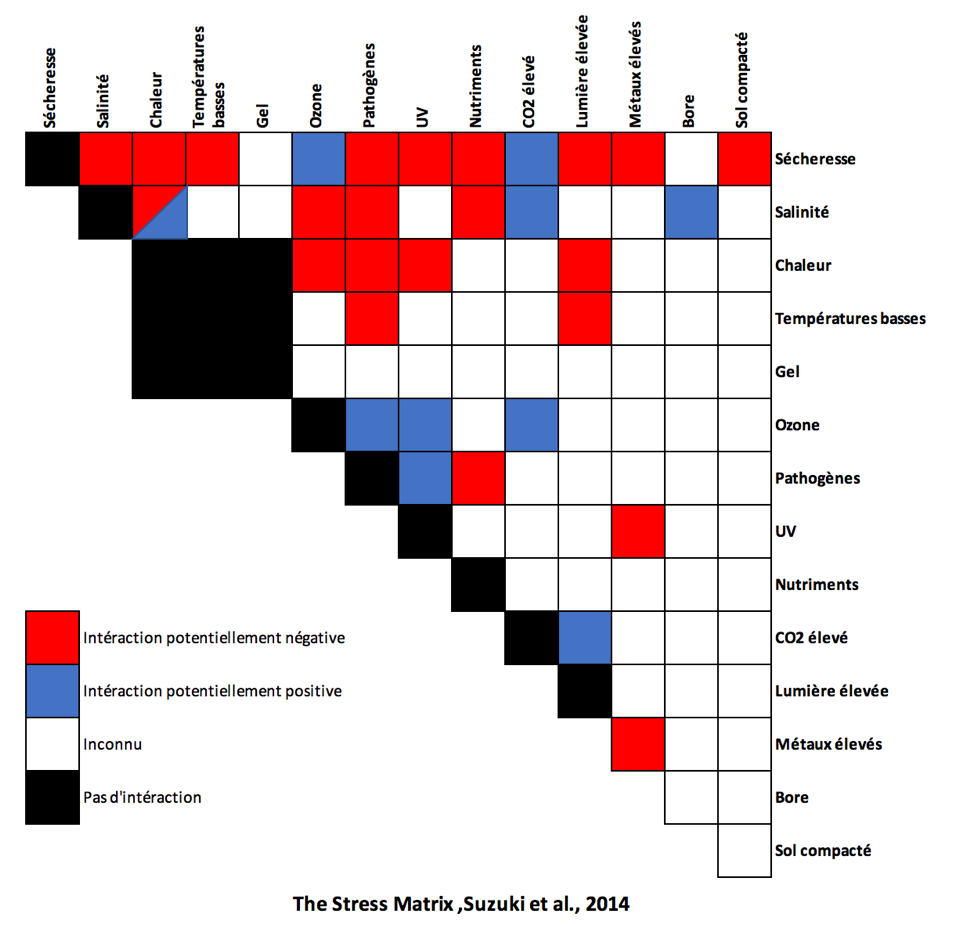 Different combinations of potential environmental stresses that can affect crops are presented in the form of a matrix. The matrix is color coded to indicate the stress combinations studied and their overall effect on plant growth and yield.