The M2 agro-climatic indicator, presented below, illustrates the increase in the water deficit (difference between precipitation and potential evapotranspiration) calculated over the period May to August.

In the South-West of France (Cf. Graph below presenting the situation in Haute-Garonne department), the water deficit would decrease, on average from -350 mm to -450 mm (between the recent past and the near future), and 10 years out of 30 (or 1 year out of 3) would exceed the threshold of -500 mm. 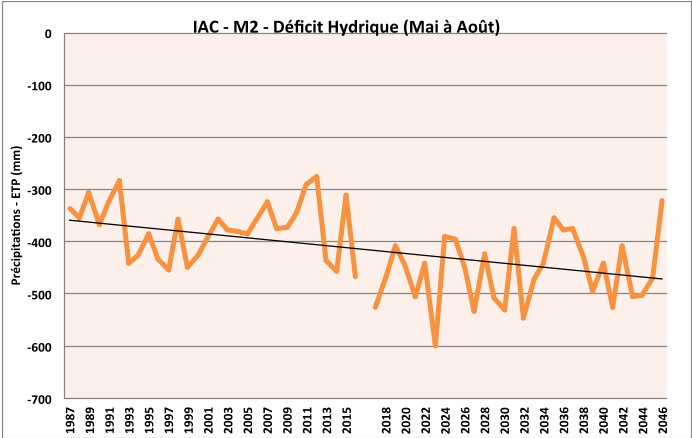 Figure: Water deficit calculated from May and August for the Haute-Garonne department, for the recent past (period 1985-2015) and the near future (period 2015-2045)

In the near future, the North of France (see graph below presenting the situation in Marne department), would be in the same situation as the South today. One year in three the threshold of -350 mm would be exceeded. Without adaptation, the water deficit would negatively affect yields (including in deepth soils presenting high water capacity storage). 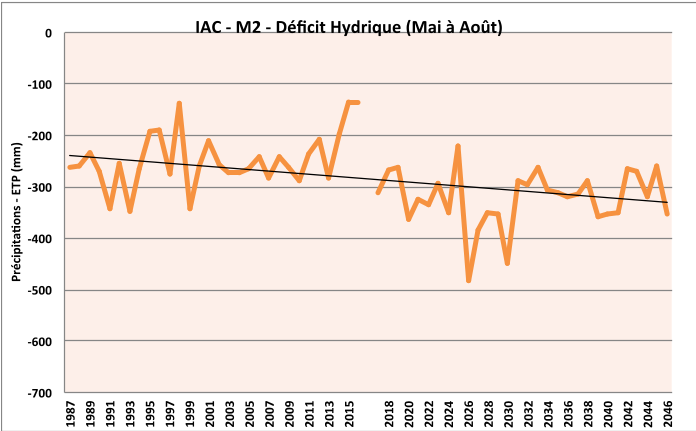 Figure: Water deficit calculated between May and August for the department of Marne, for the recent past (period 1985-2015) and the near future (period 2015-2045)