Implementation of an adaptation process

The agro-climatic vulnerability of a farm very often depends on several climatic factors. The increase in the variability of all climatic parameters means that it is necessary to imagine implementing differentiated adaptation measures. There is no single solution, but "adaptation solutions" to be implemented for each vulnerability component of the farm.

For example, in arable crops, the measures proposed will seek to improve the resilience of the cropping system, the varieties cultivated, dependence on water or even the soil and agricultural practices.

The implementation of a sustainable adaptation strategy to climate change is part of the long time. One of the difficulties in this approach is to be able to project over several years so that the measure implemented can demonstrate its adaptation effect.

Finally, depending on the degree of transformation and their level of technical and economic feasibility, it is possible to distinguish the measures according to the possibility of implementation in short, medium or long term.

Expert views on the levers of adaptation to climate change, collected during the Weather and Climate Day on May 30, 2018. 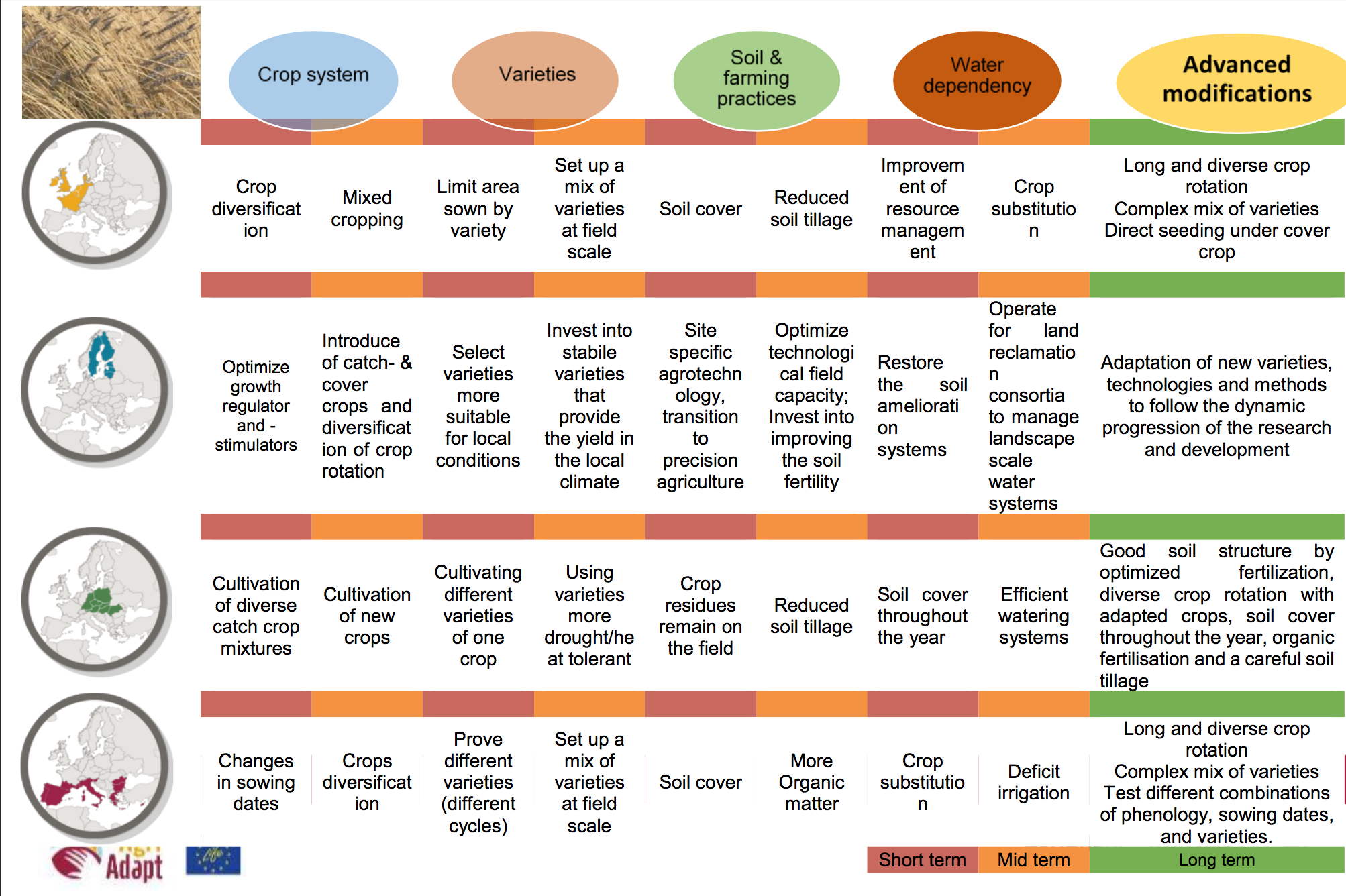 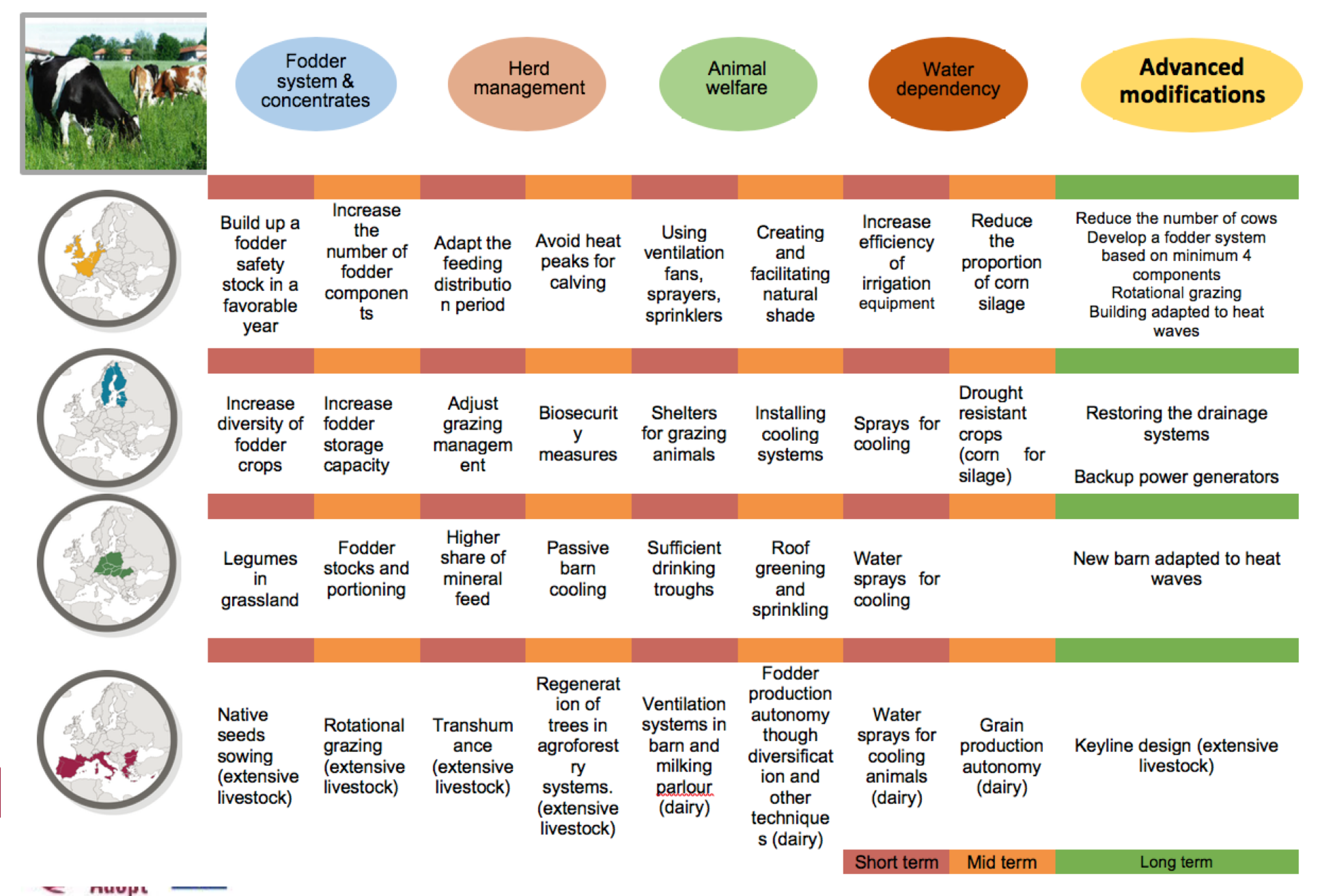 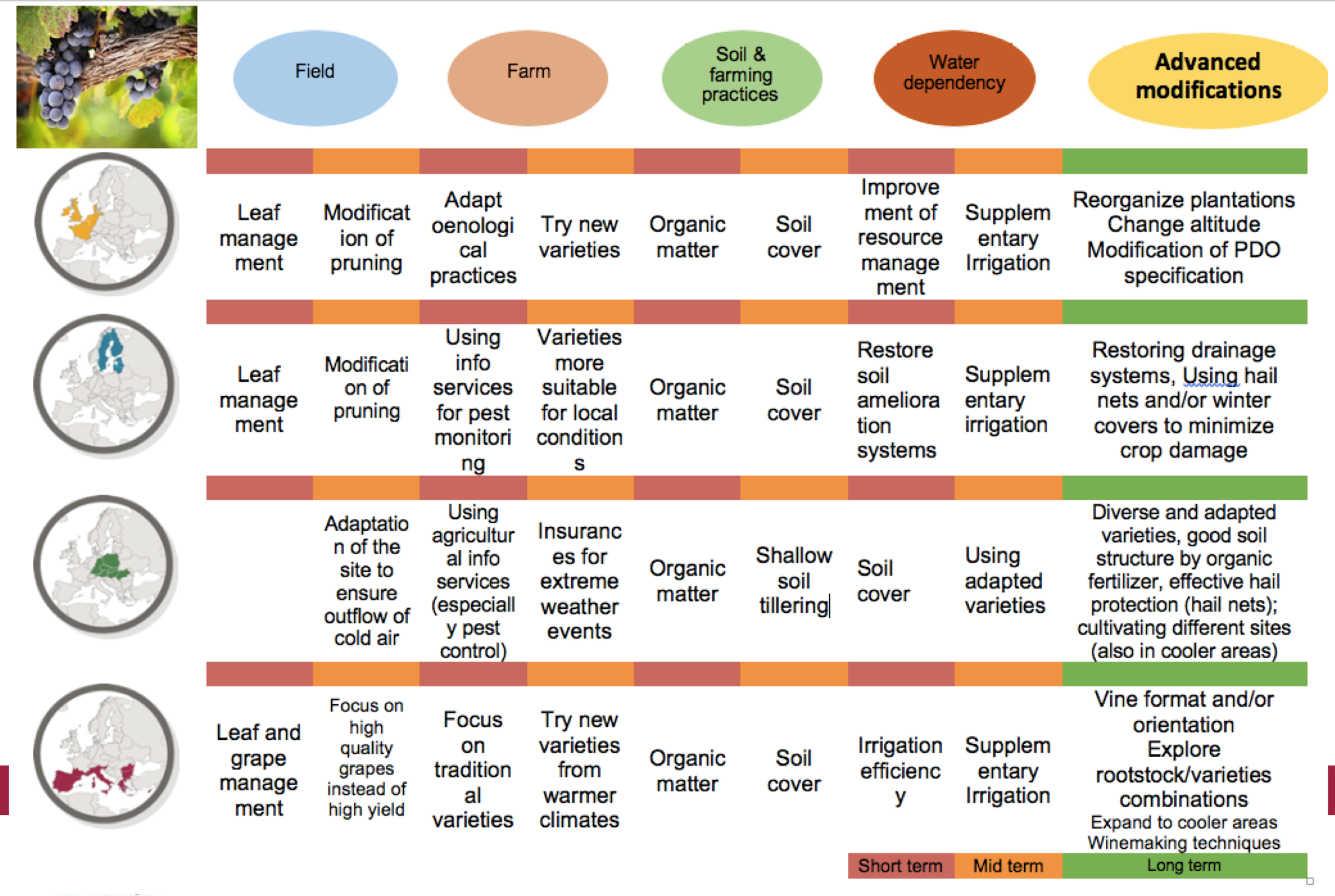