The implementation of cover-crops and the reduction (or supression) of soil-tillage are the two agronomic levers which make it possible to increase both the quantity of OM and its surface concentration. There are many possible variants by combining: winter, summer cover, deep no-till, direct sowing,…

The most successful form is direct seeding under live cover (DSLC). This consists of associating stopping working the soil and the implementation of cover-crops. This practice is recent and still not very widespread in France. Direct-sowing (DS) is, as opposed to plowing, a technique leading to non-inversion of the soil and non-mixing of the soil. The DS is defined by working only on the sowing line and not on the width of the seed drill. There are two categories of cover-crops and therefore of DSLC:

The implementation of these levers modifies the functioning of the soil and allows it in particular to mitigate the effects of climatic hazards. Mineralization is slowed down and regular because there is no longer the oxygenation peak caused by plowing. In addition, the aggregates that protect the Organic Matter (OM) are no longer destroyed by the soil working tools (in particular those connected to the power take-off). It therefore remains protected by these aggregates.

Fresh OM is present in abundance in the litter, which serves as a substrate for soil organisms. Tillage represents a disturbance to the biological life of the soil, its cessation stabilizes the soil structure and maintains biological life.

Cover crops protects the soil and represents a physical barrier. The “splash” effect of the water drops is attenuated by the cutlery or residues, the soil particles are therefore less easily detached and washed away by rainwater. Residues prevent runoff. The DS and the cutlery roots create a biological porosity which allows better infiltration. In addition, mycorrhizae develop and facilitate access to water, moreover thanks to the porosity the volume of soil prospected by the roots increases. The surface temperature decreases when there is residue or cover, which limits evaporation from the soil. Living covers evaporates and therefore uses soil water. 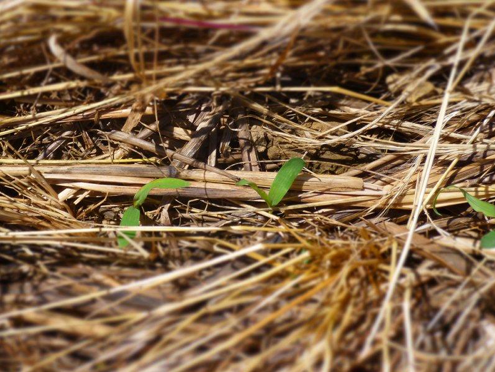 The 4 ‰ initiative on soils for food security and climate, launched by France at the Paris Climate Conference (COP-21), proposes to increase each year one four thousandth the carbon stock present in all the soils of the world. This figure results from a simple initial calculation, considering that all of the annual CO2 emissions due to human activities currently represents, worldwide, the equivalent of one four thousandth of the carbon stock (C) of the soils of the planet (around 2400 gigatonnes of C).

An annual storage of 4 per 1000 (4 ‰) over the entire depth of the soil would then offset all of these emissions. This initial objective was later corrected by considering an annual storage target of 4 ‰ on the sole surface horizon (0-30 cm) of global soils.

The very ambitious objective requires far-reaching changes in agricultural practices and silvicultural management methods, even modifications to land use methods and production systems. This objective should not however suggest that the reduction of emissions would have become optional. Among the agricultural practices making it possible to increase the annual storage of carbon, the development of cover-crops is one of the flagship measures.