Higher evaporation and a higher water absorption capacity of the warmer air can lead to increased and heavier precipitation.

For the weather forecast, the German Weather Service (DWD) has set the warning criteria for heavy precipitation as follows: 25 mm in 1 hour and 35 mm in 6 hours. 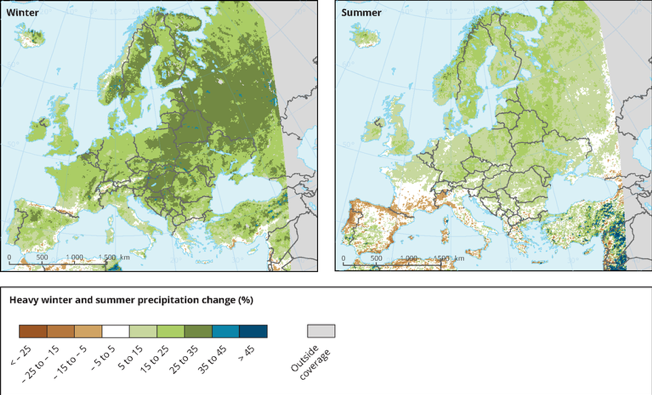