The greenhouse effect is a warming of the Earth’s surface and troposphere (the lowest layer of the atmosphere) caused by the presence of water vapour, carbon dioxide, methane, and certain other gases in the air. Of those gases, which are known as greenhouse gases, water vapour has the greatest effect. 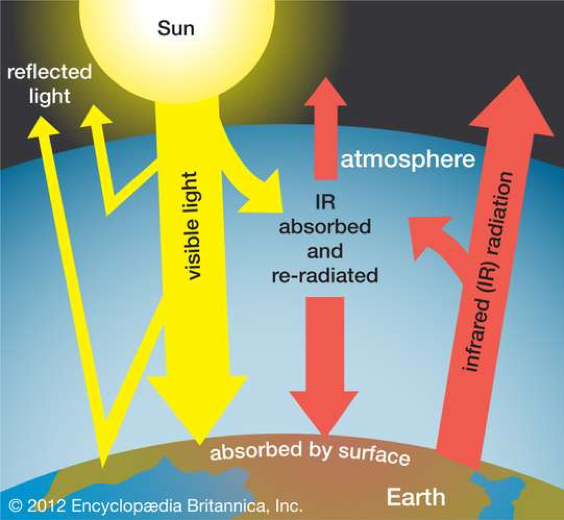