Review and forecast: Weather extremes are a threat to grain cultivation (article by “pflanzenforschung.de” from 20.01.2016):

In the past, weather extremes have decimated global grain production by an average of around 10 percent and adverse weather conditions will continue to increase in the future. Scientists are predicting a doubling or tripling. Current studies make it clear: more research and preparation for weather extremes is needed and regional differences need to be taken into account more than before.

Since the middle of the twentieth century, extreme weather events such as droughts, floods and prolonged heat waves have become more frequent in many regions of the world. A new study provides, for the first time, worldwide figures on the extent to which the weather has already affected cereal cultivation. According to the researchers, droughts and heat in particular have reduced cereal production by an average of 9-10 percent.

For their analyses, the scientists looked at around 2,800 weather extremes and the available agricultural production data from the Food and Agriculture Organization (FAO) of 16 cereal crops from 177 countries in the period from 1964 to 2007. 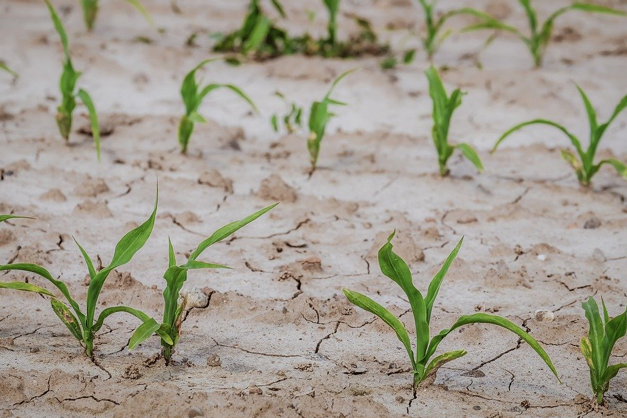 While floods and extreme cold did not have a significant impact on global agriculture, the effects of prolonged drought and heat waves were clearly felt and they were able to show even more: since the mid-1980s, droughts have had an increasingly devastating effect on agriculture. Recent droughts, for example, have led to production losses that are about 7 percent higher than those caused by droughts in the distant past.

When comparing heat and drought, the researchers concluded that heat led to lower yields; however, droughts not only reduced crop productivity due to water shortages, but also had a negative impact on the arable land itself. Plants suffer damage and die because of drought. Areas under cultivation are eroded by wind and rain, as the soil is no longer covered by the plants that protect it, and natural soil life is also more severely impaired.

Scientists were able to show that there are large regional differences. For example, agriculturally highly developed industrial countries had to compensate for the greater losses caused by droughts. On average, harvest losses were 8-11 percent greater than in developing countries. Grain production in the industrialized countries fell by almost 20 percent on average during droughts.

In grassland, growth depression and a decline in yield must be expected.