An analysis of the temporal evolution of the average summer temperature (fig. 1) since 1971 with respect to the reference period 1971-2000 reveals an increase, both in frequency and intensity, of warm anomalies in recent decades throughout the country. The data are, therefore, consistent with the perception that it is getting warmer in summer throughout Spain.

Assessing the annual variability of the average seasonal temperature in Spain since 1971 (fig. 2), it is observed how the average temperatures of all seasons are increasingly high, although the rise is seen more clearly in spring and, above all, in summer. Hence the study concludes that summer is the season most affected by climate change, a summer that according to data has become increasingly longer and warmer. 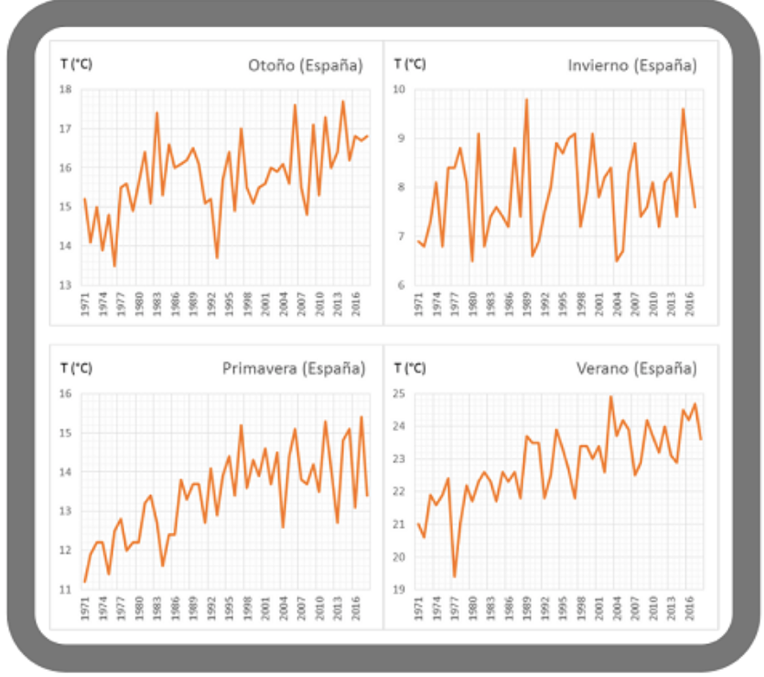 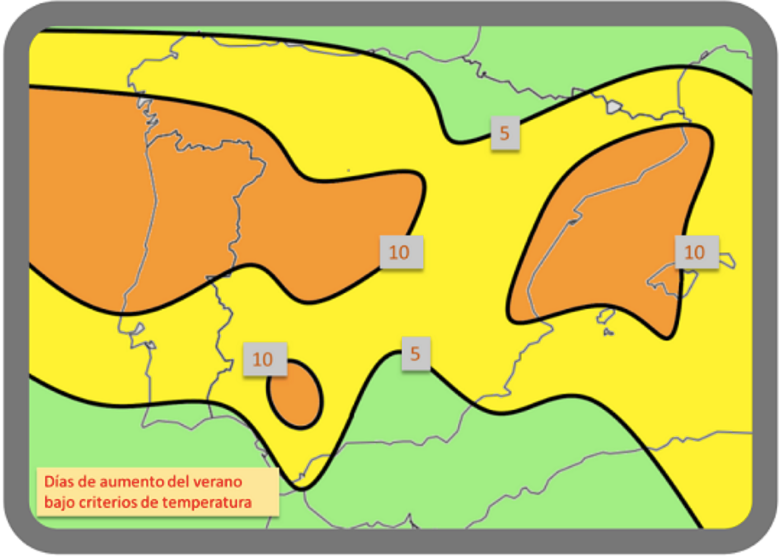 One way to quantify this trend at increasingly higher temperatures leads us to analyze the evolution of the Köppen climate classification (based on temperature and precipitation and its distribution throughout the year) developed for three different reference periods (1961-1990, 1971-2000 and 1981-2010). The result (fig. 4) is a clear increase in the extent of semi-arid climates that can be estimated at more than 30,000 km 2 (around 6% of the area of ​​Spain). The most affected areas are Castilla-La Mancha, the Ebro Valley and the peninsular southeast. 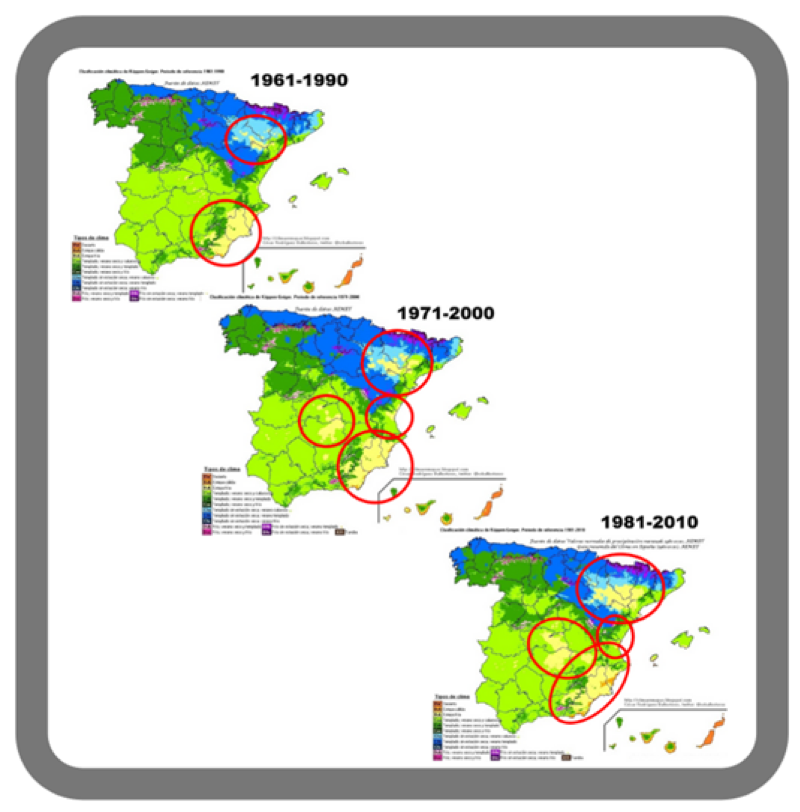 There is one last ingredient of analysis closely linked to our health: the occurrence of heat / cold waves. Investigating its temporal evolution, although cold episodes diminish, heat waves tend to concentrate in recent years (fig. 5), with special emphasis on their duration. This fact is particularly relevant, since there is a high correlation between maximum temperatures and mortality: from a certain maximum temperature threshold, deaths increase significantly. According to data from the Ministry of Health, Consumption and Social Welfare, between 2006 and 2017 83 people died from heat stroke and between 2004 and 2016, 446 people from exposure to excessive heat. 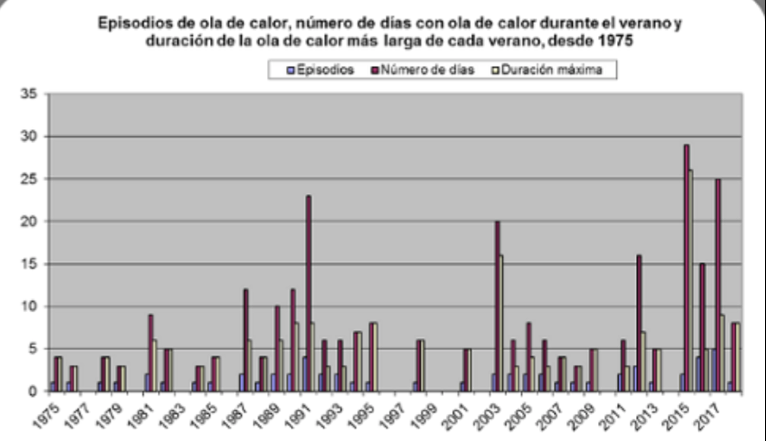