The average annual temperature for the European land area for the last decade (2009–2018) was between 1.6 °C and 1.7 °C above the pre-industrial level, which makes it the warmest decade on record. In Europe, 2018 was among three warmest years on record.

All UNFCCC member countries have agreed on the long-term goal of keeping the increase in global average temperature to well below 2 °C compared with pre-industrial levels and have agreed to aim to limit the increase to 1.5 °C. For the three highest of the four RCPs, the global average temperature increase is projected to exceed 2 °C compared with pre-industrial levels by 2050.

Annual average land temperature over Europe is projected to increase by the end of this century (2071–2100 relative to 1971–2000) in the range of 1.0 °C to 4.5 °C under RCP4.5, and 2.5 °C to 5.5 °C under RCP8.5, which is more than the projected global average increase. The strongest warming is projected across north-eastern Europe and Scandinavia in winter and southern Europe in summer.

The number of warm days (those exceeding the 90th percentile threshold of a baseline period) have doubled between 1960 and 2018 across the European land area. 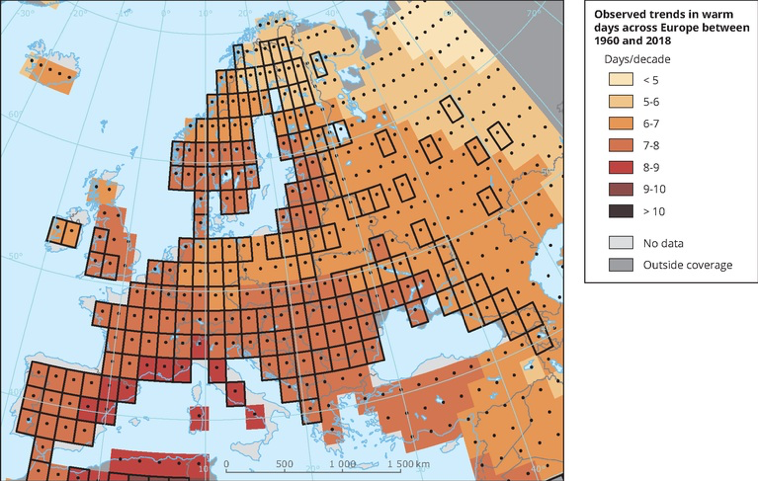 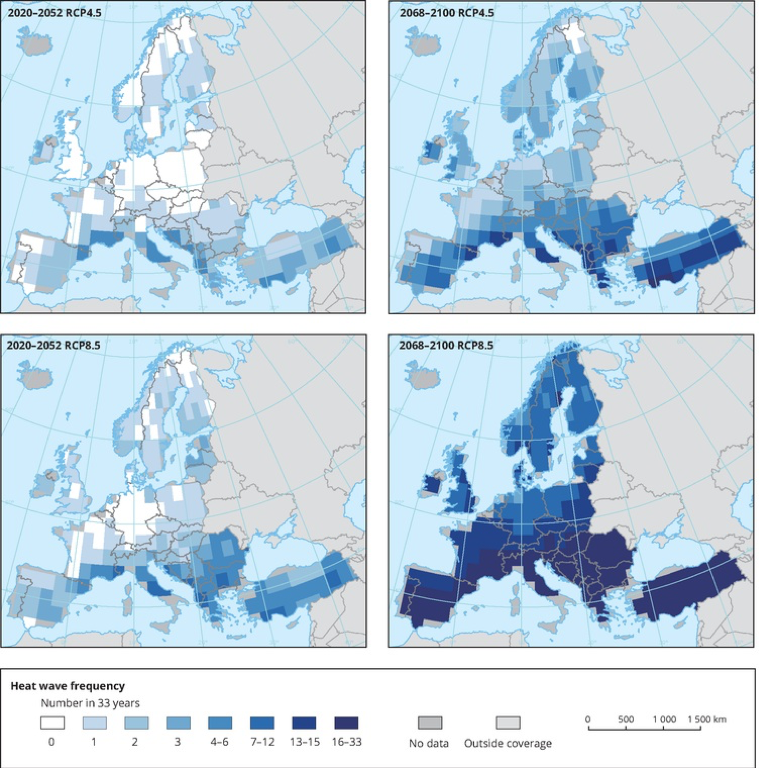