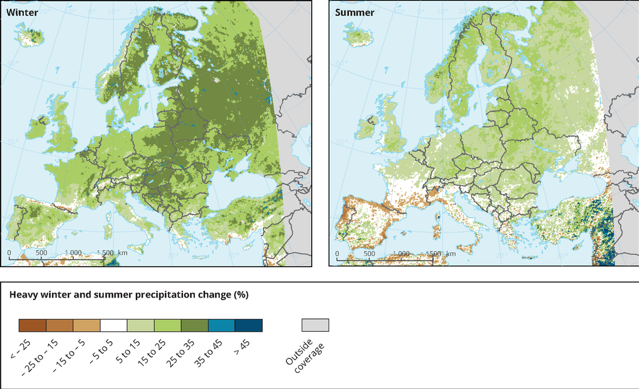 Global warming is projected to intensify the hydrological cycle and increase the occurrence and frequency of flood events in large parts of Europe. Flash floods and pluvial floods, which are triggered by local intense precipitation events, are likely to become more frequent throughout Europe. In regions with projected reduced snow accumulation during the winter, the risk of early spring flooding could decrease. However, quantitative projections of changes in flood frequency and magnitude remain highly uncertain (EEA, 2012).