A global analysis of yields of cereal crops has shown yield decreases due to increasing mean temperatures. Similar effects have also been attributed as one of the main causes for the lack of yield increase of winter wheat in France despite improvements in crop breeding.

Shrivelling of the grain occurs during the last third of the ripening period, when dry and hot winds are present. Water circulation in plants becomes difficult, the desiccation produced by wind cannot be counteracted, and the drying out of grain is anticipated, getting the grains wrinkled and losing weight.

In order to prevent shrivelling, water reserves in the soil must be increased and drought resistant varieties used, especially early varieties which can ripen before the hot and dry winds show up. 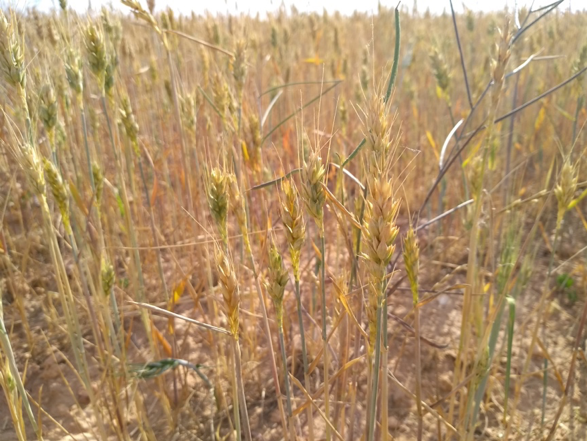