Projections show that the date for the latest frost in spring will take place earlier, by 5-10 days earlier in 2030 and 10-15 days earlier in 2050 (EEA, 2012), reducing frost damage in young leaves and flowers in permanent crops such as vineyards. 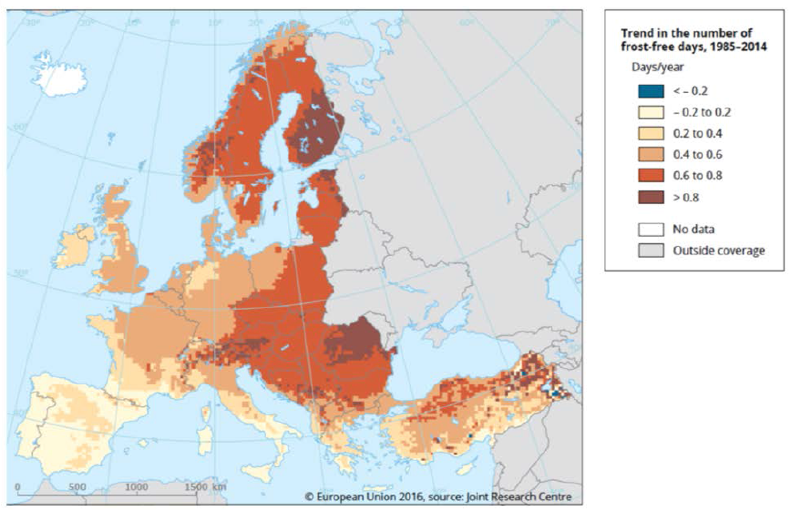 Likewise, earlier late frosts can lead to longer cycles of pests and possible disease vectors. In fact, the lack of cold during the winter entails that pests that used to disappear completely during the winter (or their populations were reduced to a minimum) can survive, starting the season with high population levels which can cause severe damage.

Most of insect species are incapable of tolerating low temperatures. Evidences exist that their vulnerability to cold is related to their incapacity to maintain a stable internal balance in their organism of salt ions and water when temperatures reach 0 degrees Celsius.

Unlike other animals, insects have a body temperature identical to that of the air. If the environment is at 0 degrees Celsius, the body of the insect will be at 0 degrees as well.

Many insects have evolved to be tolerant to grate temperature fluctuations, but others die after short exposures to cold. According to a study published by the York University of Canada, this fact occurs because insects lose with cold their ability to maintain a right internal balance of salt and water.