Especially in the case of clover, many species stop or slow down their growth in dry and hot conditions. Although these are generally drought-tolerant species, they will be threatened by other monocotyledon species which thrive better under these conditions, displacing legumes from pastures.

In the following graphic, the projected changes for annual and summer precipitations in Europe in the period 2071 – 2100 can be seen, compared to the baseline period 1971 – 2000. In this scenario, the phenomena described above will be enhanced. 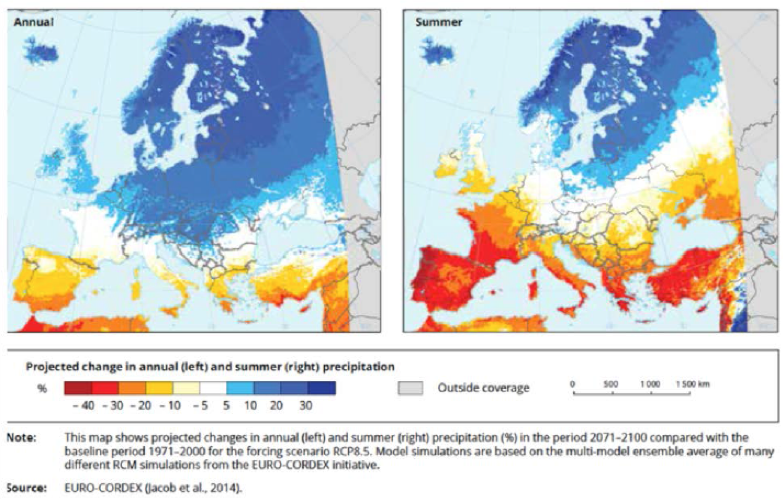