Heat stress is one of the main threats for current and future maize production. The adaptation of this cereal to future climatic conditions will depend, in part, on a better understanding and knowledge of the response of the crop to high temperatures. This is one of the conclusions reached in a research led by CEIGRAM in collaboration with IFAPA, Oviedo University, members of the Postgraduate of Hydrosciences of Texoco (Mexico) and the University of Castilla-La Mancha.

The results of this study show that warmer temperatures accelerate the development indexes resulting in shorter growing and reproductive phases (approximately 30 days shorter for the whole cycle). Heat stress did not cause a delaying in feminine flowering with respect to the masculine, at least in the range of temperatures used in the research (maximum of 42,9 degrees Celsius on the file and 52,5 degrees Celsius in the greenhouse). These results also show that the grain yield is reduced under heat stress conditions, mainly through the lower viability of pollen, which also determines the Kernel number, although it has also been detected a lower but significative effect of the feminine component.

In the following graphic, the way summer temperatures will evolve in Europe can be seen, exacerbating the abovementioned phenomena. 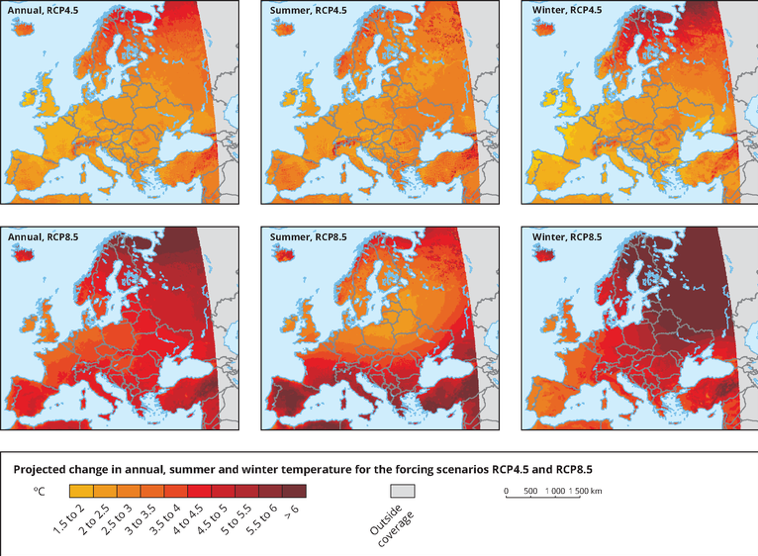