After the climate risks assessment carried out with the ACZ Tool (developed within the frame of the AgriAdapt project) in different countries of the Meridional region, one of the Agro-Climatic Indicators identified for lentils was the amount of days with temperatures above 30 degrees Celsius. According to several scientific publications, this yield reduction comes as a consequence of, among other things, the lower number of flowers and lower fertility rates.

The projections for the coming 30 years show that this number of days is going to increase in a near future. Below, one of the graphics obtained for Castilla-La Mancha (Spain) with the evolution of this indicator can be seen. 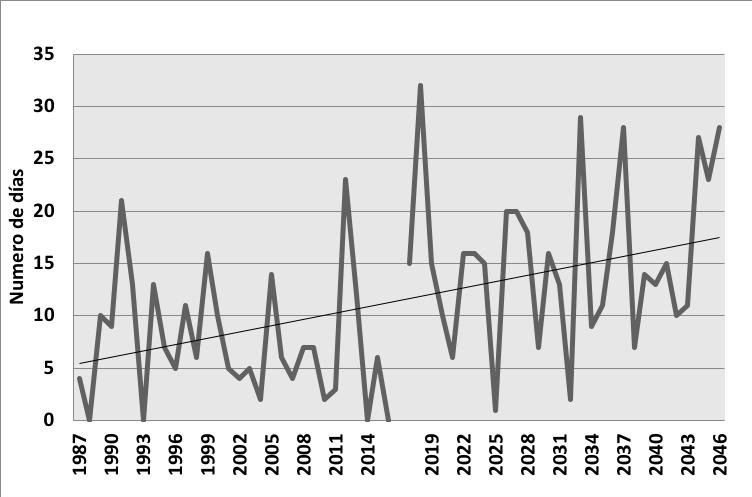 The associated impacts on production can already be noticed in countries such as Spain, in which the production of legumes dropped between 40% and 100% compared to the previous year in 2017.