The planet's average surface temperature has risen about 0.9 degrees Celsius since the late 19th century, a change driven largely by increased carbon dioxide and other human-made emissions into the atmosphere.Most of the warming occurred in the past 35 years, with the five warmest years on record taking place since 2010. Not only was 2016 the warmest year on record, but eight of the 12 months that make up the year — from January through September, with the exception of June — were the warmest on record for those respective months.

Next graph illustrates the change in global surface temperature relative to 1951-1980 average temperatures. Nineteen of the 20 warmest years all have occurred since 2001, with the exception of 1998. The year 2016 ranks as the warmest on record. (Source:NASA/GISS). 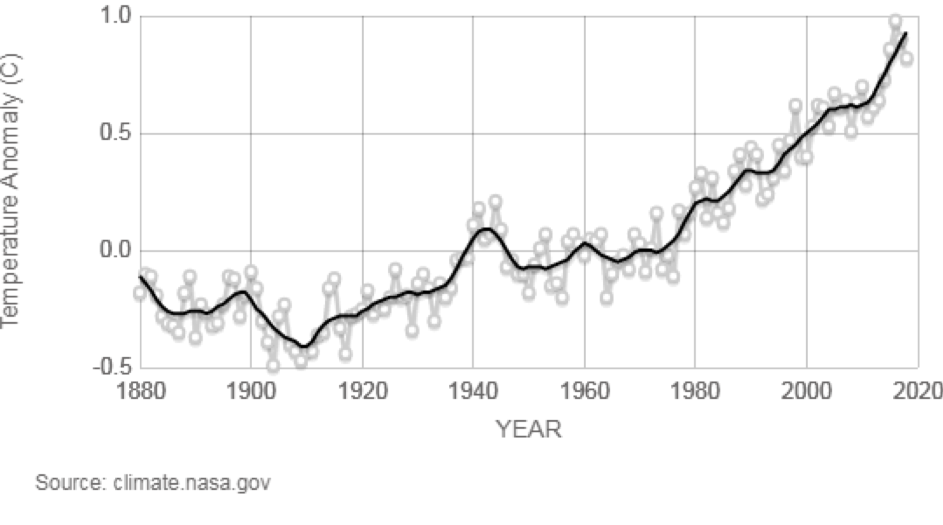 Estonia's climate is warming faster than the world average as Estonia is located in the northern hemisphere. Arctic regions are currently warming up to twice as fast as the global average temperature increase. The average air temperature in Estonia has risen by 0.03°C per year over the last 50 years.